Besides Holy Kaaba, there are other places of Hajj near Makkah where hundreds of thousands of Muslim pilgrims come each and every year and they are: Mina, Arafat and Muzdalifah, etc. These sites have nothing to do with Umrah. If interested, Umrah performers can visit these places, although spending time in Masjid-ul-Haram is more rewarding. 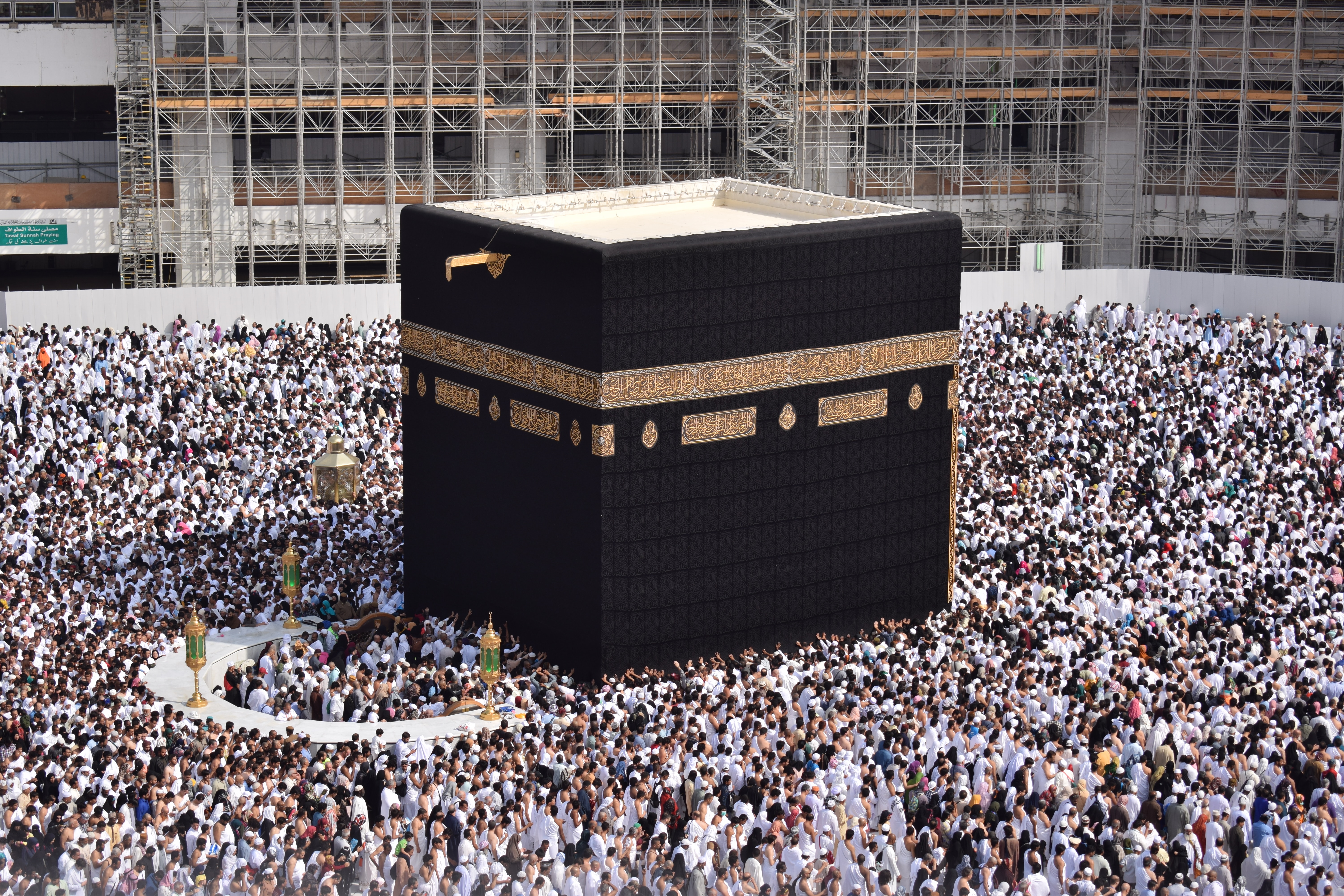 Khaif Mosque is located in Mina where pilgrims offer their namaz during their stay here. 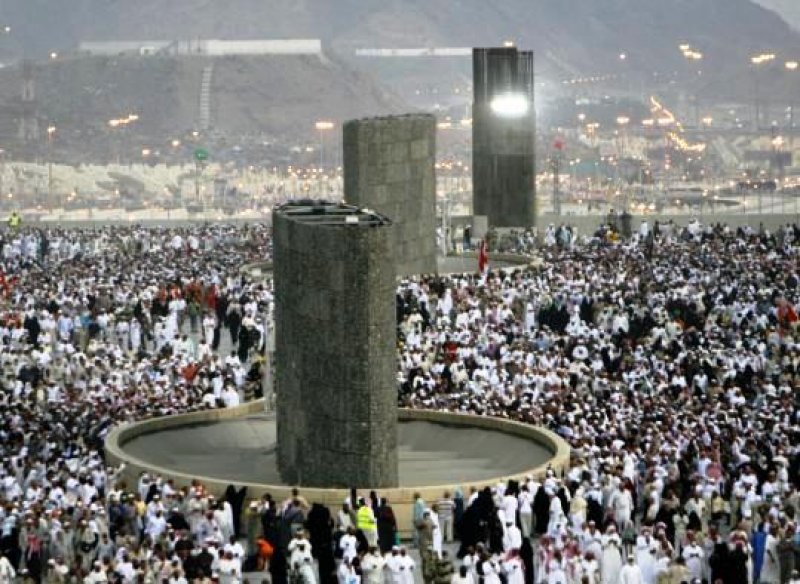 This is a plain within the bounds of the Haram of city Makkah about five kilometres outside the city. The pilgrims pass the night between the 8th and 9th Zil-Hajj in mina and then proceed to Arafat after sunrise on the 9th of Zil-Hajj. Pilgrims are back here on the 10th of Zil-Hajj for the three final days of the Hajj. Animal sacrifice (qurbani) is offered here. 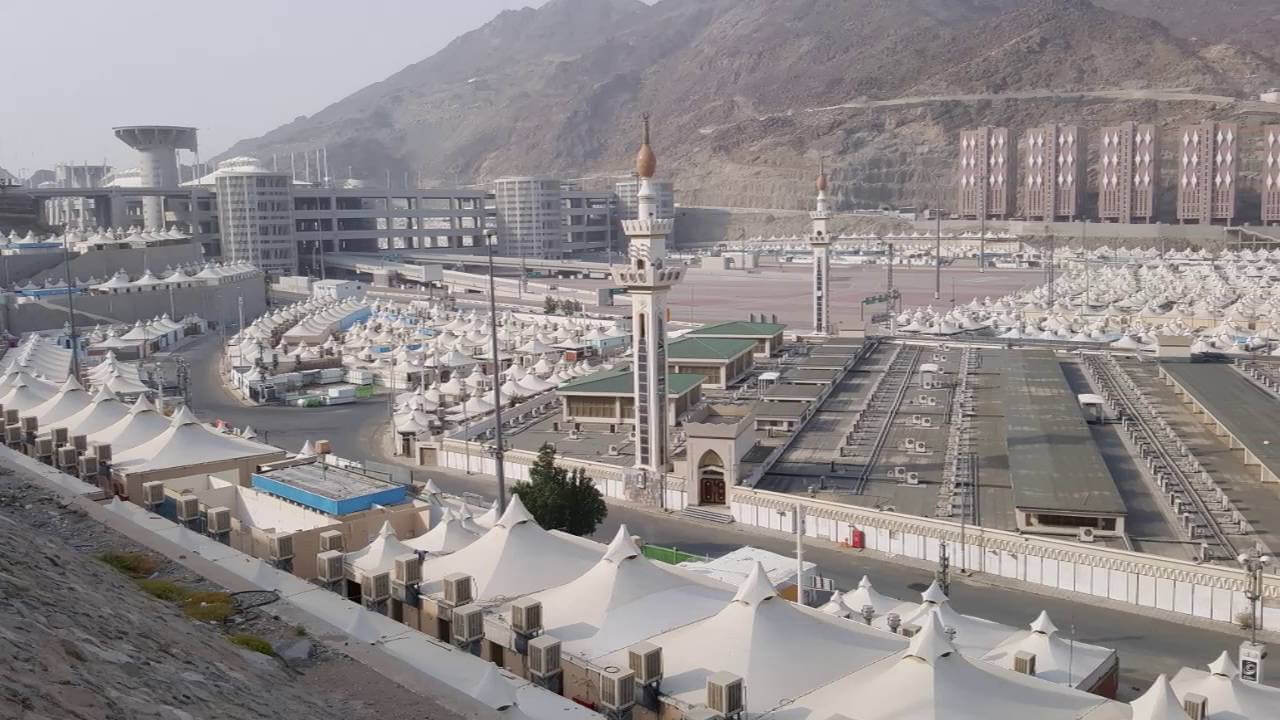 This is a vast plain about 15 kilometres to the east of Makkah city; its bounds begin from the place where the limits of Haram end. Entrance in the Plain of Arafat on the 9th of Zil-Hajj and Wuquf (halting) herein until sunset is the foremost Hajj ritual without which Hajj can not be valid. At sunset the pilgrims leave for Muzdalifa without offering Maghrib namaz. 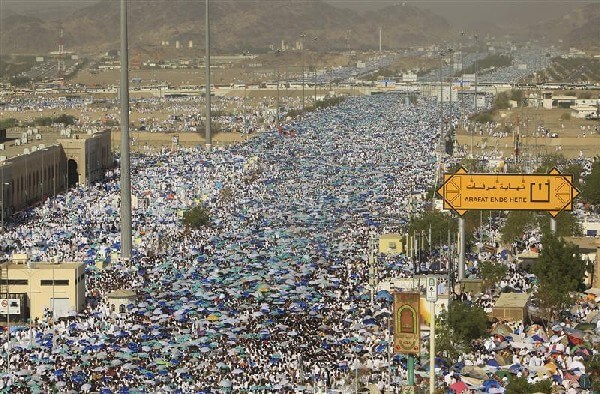 Namirah Mosque is located right on the meeting site of the boundaries of Haram and Arafat. Here the Imam leads the Zohar and Asr namaz combined and shortened at Zohar time.

Jabal Rahmah is a blessed hill in the middle of the Plain of Arafat. Riding His she camel near it, the Holy Prophet (May peace be upon him) delivered His famous sermon on the occasion of the Farewell Hajj. 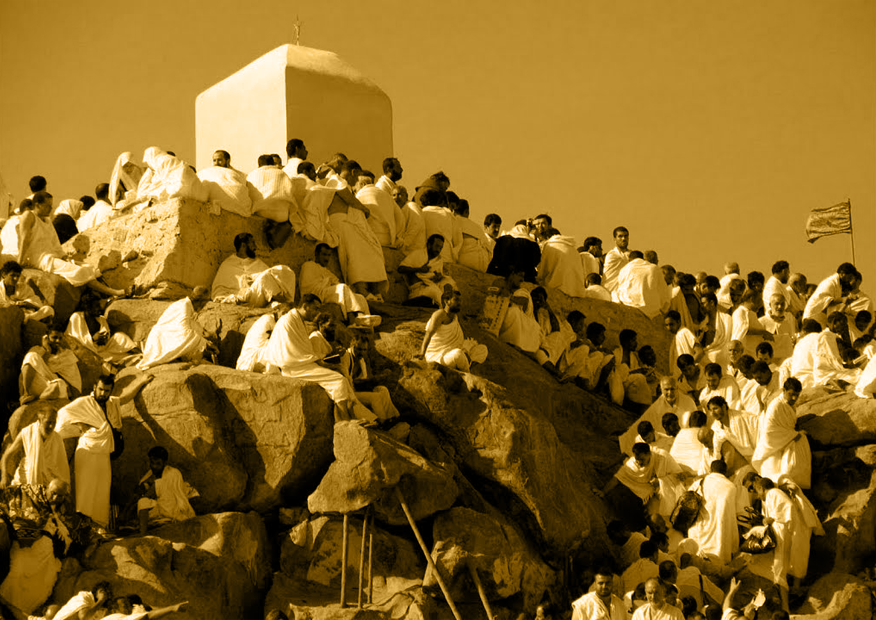 This is a place in the middle on the route from Mina to Arafat. Pilgrims gather here on the night of the 9th of Zil-Hajj on their return from Arafat. Here they offer Maghrib and Isha namaz combined. It is obligatory to halt here after Fajr namaz between the break of dawn and sunrise before going to Mina. 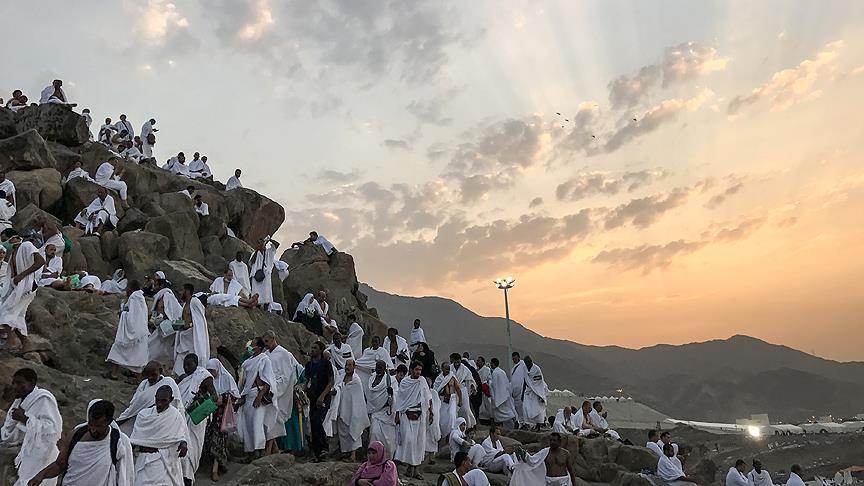 This is a valley between Mina aur Muzdalifah, where Abraha and his troops along with the elephants, who came to destroy the Holy Kaaba, were themselves destroyed by the birds (swallows) which threw tiny pebbles at them from their beaks and claws. This incident happened in 570 or 571 AD. The pilgrims pass this place rapidly because Muhassar is a tormented area. 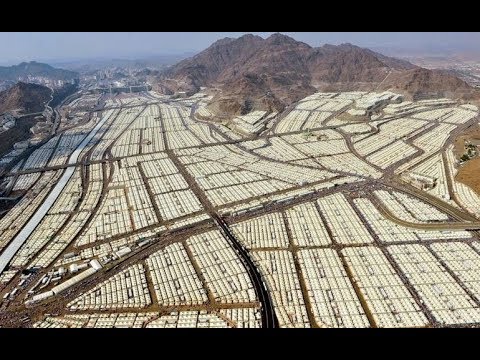 This is an elevated site in the plain of Muzdalifah, which is enclosed by a boundary. The Holy Quran says in verse 198 of Surah Baqarah:

"There is no blame upon you for seeking bounty from your Lord [during Hajj]. But when you depart from 'Arafat, remember ALLAH at al- Mash'ar al-Haram. And remember Him, as He has guided you, for indeed, you were before that among those astray".